PETER GRANEIS
Search
Stuttgart-born classical guitarist Peter Graneis received his first lessons at the age of 9. As a young scholar, he began his studies with Professor Johannes Monno at the State University of Music and Performing Arts in Stuttgart, Germany where he later received a Bachelor of Music degree with distinction.
​ After completing a Master of Music program under the tutelage of Professor Zoran Dukić at the Escola Superior de Música de Catalunya in Barcelona, Spain, Peter Graneis continued his studies with Prof. Dukić at the Royal Conservatory in The Hague, the Netherlands. Here he published a research exposition on classical guitar technique, and received his Master of Music degree in 2018 with distinction. 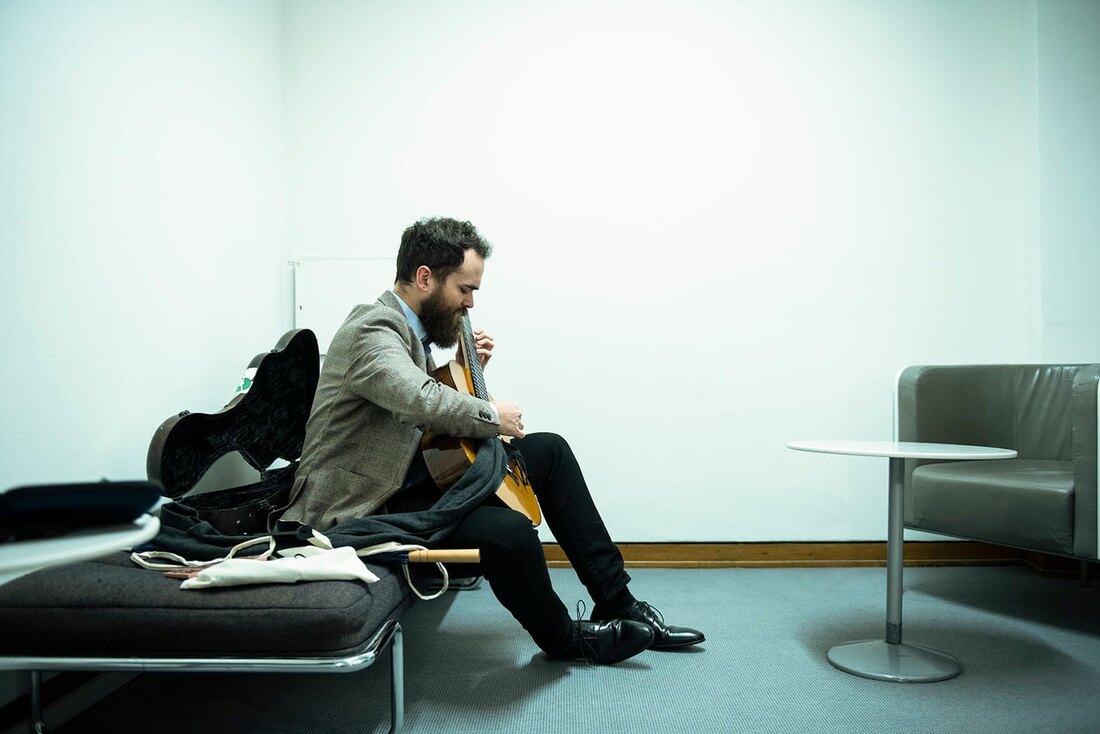 (C) 2021 Reiner Pfisterer
Peter Graneis is winner, prizewinner and finalist of numerous international guitar competitions, scholar of Yehudi Menuhin’s Live Music Now foundation and scholarship holder of the prestigious German Academic Exchange Service (DAAD). He has attended masterclasses with renowned guitarists such as Carlo Marchione, Judicaël Perroy, Laura Young, Thomas Müller-Pering and Joaquín Clerch and has performed solo recitals at various international guitar festivals.
A debut CD ‘Portrait’, released in 2017 by TREKEL Records, presents interpretations of works by Weiss, Murail, Rodrigo, Villa-Lobos, Ponce and Sor. He regularly records with Siccas Guitars and has been showcased by Open Strings Berlin. As a Eurostrings Artist in 2018 and 2019, Graneis played in guitar festivals all over Europe. His program always presents a carefully selected repertoire which includes his own transcriptions and lesser-known works for the guitar. Peter plays an instrument by Michel Brück, works as instructor for tonebase and is endorsed by D'Addario and Guitarlift.